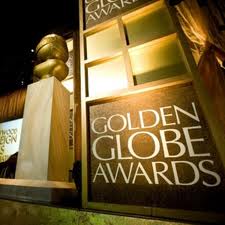 Social Network is a strong favorite at -200 odds to win the Best Movie Drama Award while The Kings Speech has the second best odds at +150 odds. Colin Firth - The Kings Speech is almost guaranteed to win at -800 odd for the Best Actor award in a Motion Picture (Drama) while James Franco - 127 Hours at +500 odds would have been better off cutting his penis off than his arm in 127 Hours with those odds. Natalie Portman - Black Swan -600 odds is the favorite to win the Best Actress (Drama) and show off her baby bump on prime time while Star Wars fans will be telling her to name it Luke Skywalker. David Fincher - The Social Network is a strong -600 odds favorite for Best Director - Motion Picture.

You can bet on 2011 Golden Globe Awards at BetUS Sportsbook or Bodog Sportsbook.

The Social Network is a strong favorite at -200 odds to win the 2011 Golden Globe Award for Best Picture Drama. Black Swan provides great underdog odds at +1600 odds. For a tutorial on Moneyline Odds Explained.

Colin Firth can write his award speech and have pre broadcast on Youtube as he is a huge -800 odds favorite to win the Best Actor Award. James Franco +500 odds for 127 Hours would have had a better chance cutting off his penis than his arm to win a Golden Globe.

More betting odds on the other 2011 Golden Globe Awards may be released 24-48 hours prior to the award ceremony. If you are new to online gambling, just check out our recommended US online sportsbooks. They all have great customer support to assist you with your wagering needs. Odds adjust in real time - please check sportsbook for latest odds.